The output is cached in a module variable and loaded with the new features from and How does that sound to you?


The diff is available at https: It's not a perfect solution as noted in the macports-devel thread: It would be easier to manage these things with the binary installer-based Pythons, as provided by python. But I'd like to separate out the building of third-party libraries, like openssl, from the installer build process so that user source builds can take advantage of features like this.

I think the certsync approach is safer and more robust.


This has one significant risk though: I have no idea if Apple's preferred crypto APIs suffer from this problem. There's nothing surprising in the script, just building multiple times and then merging the result using lipo. I'm not proposing to use that script, at most it could be used for inspiration to enhance the build-installer script. Roundup Robot python-dev Date: Issue Use private version of OpenSSL for 2.

Use private version of OpenSSL for 3. Use rtf format files for legacy OS X installer builds. Kevin Ollivier Kevin Ollivier Date: Here's a ticket for a Python project showing an example of this problem: Would it be possible to have the fix for Build OS X installer for 3. Cosimo Lupo clupo Date: When I try even with --trusted-host I get this error: Traceback most recent call last: People with old versions of openssl that don't support sha1 SSL certificates need to upgrade or else they are insecure. 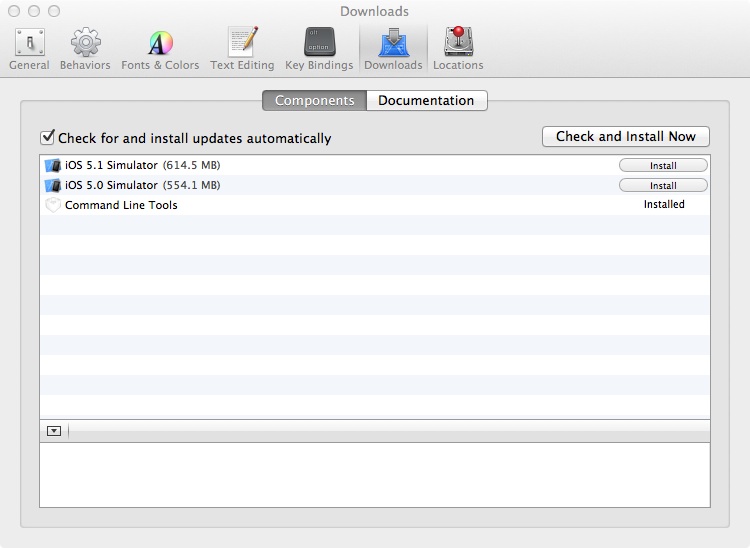 If they wish to be insecure they can continue using pip 1. Of course, using pyenv or homebrew fixes the problem as they require and link with the latest openssl 1. Please consider embedding the latest openssl on the Cosimo Lupo msg - view Author: It targets 3.

Until a better solution for root certificates is implemented, all of the installers also now provide a "Install Certificates. Declaring this issue resolved. Thanks everyone!

OS X system openssl deprecated - installer should build local libssl. I'm not sure if it is worthwhile to switch right now. Yes, as we've discussed, using the Apple Crypto APIs would be nice longer-term assuming the compatibility issues can be managed: Somewhat coincidentally, Issue addresses the topic of certificate management across multiple platforms. Replacing openssl by the supported crypto api's is something for 3. On Windows urllib. It doesn't raise an exception on OSX close to the tip of the default branch , both for http: After spending some time on this, I'm downgrading this from release blocker status.

See also: It should be noted that latest OSX Mountain Lion has caused problems for other language libraries too specifically ruby, which I use at work. What other problems?

The one difference between the system openssl and a separately compiled one is that the former can use the CA root from the KeyChain and uses a private API to do that, as noted earlier. Can you please run the unit test to see if it actually works?

The file not even empty, it doesn't even exist in default installations. How about we include certsync [1] as an external program then? The other way to solve problem with CA certs may be this script[1] that can be used to generate pem files from mozilla CA cert bundle[2] during compilation or installation. Mateusz, we would like to avoid that path and use the operating system's root CAs list when the OS provides one.

I finally managed to find some time to clean up the script I used to compile multiarch openssl. Thanks to Hynek we were able to dig deeper into Apple's modifications. Crys, as Ronald noted above: The link below contains a script for building fat binaries for openssl.

Ned, is this issue still relevant? New changeset 93c91ac8f67efddacdcca12ef0ae88ee by Ned Deily in branch '2. My question is WHY is Apple doing this? To be anti-competitive? To make it harder to develop cross-platform software? Because their stuff is better? I added a link to a Apple Developer presentation.

I'm not putting the content here since the slides are marked confidential, and I don't want to lose my Apple Developer Membership: As an aside, I agree with static linking and the lack of a stable ABI. I was bitten by that yesterday. Is there somewhere to get a summary of this without signing up for an Apple account? Short summary: OpenSSL developers are not interested in guaranteeing a binary-stable API, only source code compatibility, which means you need to recompile or you only get the old version possibly containing old, fixed security gaps. To be able to enforce binary stability and get our users security fixes even when we don't recompile our apps, they're creating CommonCrypto instead, which is binary stable.

How To Install an SSL/TLS Certificate in MAC OS Server
<?